Home Trend Palestine.. The right side of the history 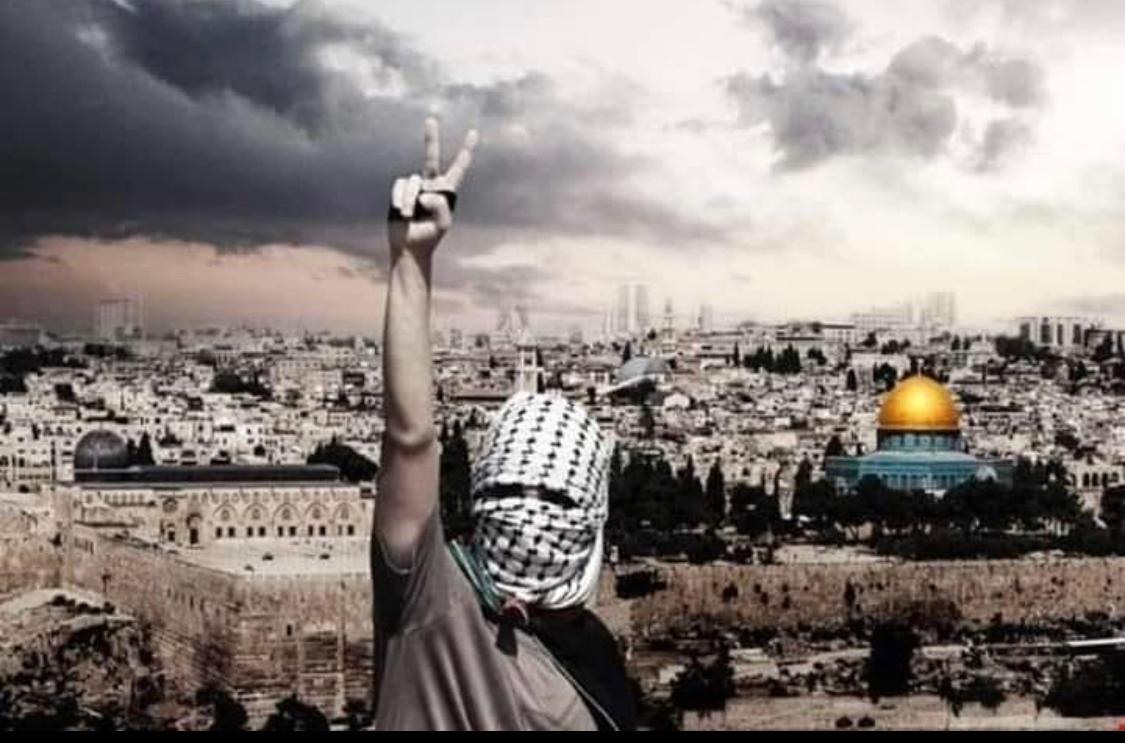 In that month, May 2021, the holy month of Ramadan, floods of blood started to run into the streets of Sheikh Jarrah, East Jerusalem, Palestine again and again.

The tension flooded on May 6, when Palestinians protested in Jerusalem as the hearing over the decision of the Israeli Supreme Court on expelling six Palestinian families from Sheikh Jarrah, East Jerusalem had been postponed for the third time. 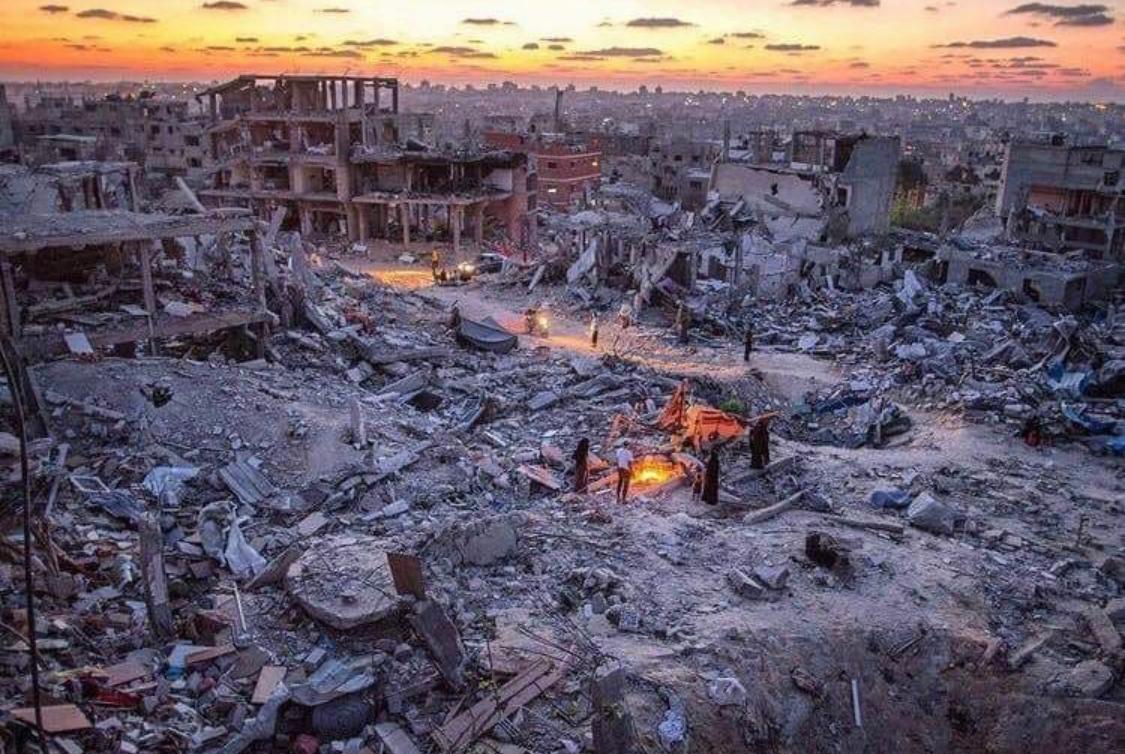 Unfortunately, it escalated into violent confrontations between the Israeli army and the Palestinian protesters.

On May 7, Israeli forces moved angrily into the al-Aqsa Mosque and started using tear gas, rubber bullets and stun grenades against Palestinians.

More than 300 Palestinians were injured and at least 253 Palestinians have been killed, including 64 children in Gaza by Israeli airstrikes. The tension is still going on… 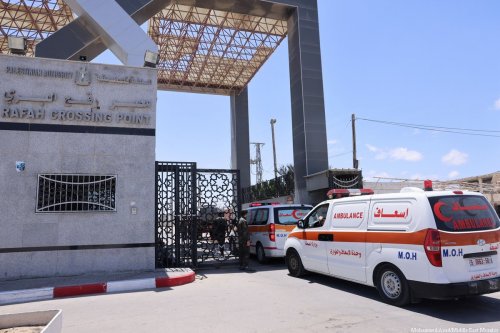 Many countries refused the violence that is happening in Palestine and offered to help them.

Finally, Egypt was able to get into the situation and hold the ceasefire in addition to open the Rafah border crossing to allow the passage of Palestininas who need medical treatment in Sinai Hospitals which are equipped to receive them.

Not only this, but also 1200 doctors were sent to aid injured Palestines, and USD 500 Millions were allocated by Egypt for the reconstruction of Gaza. 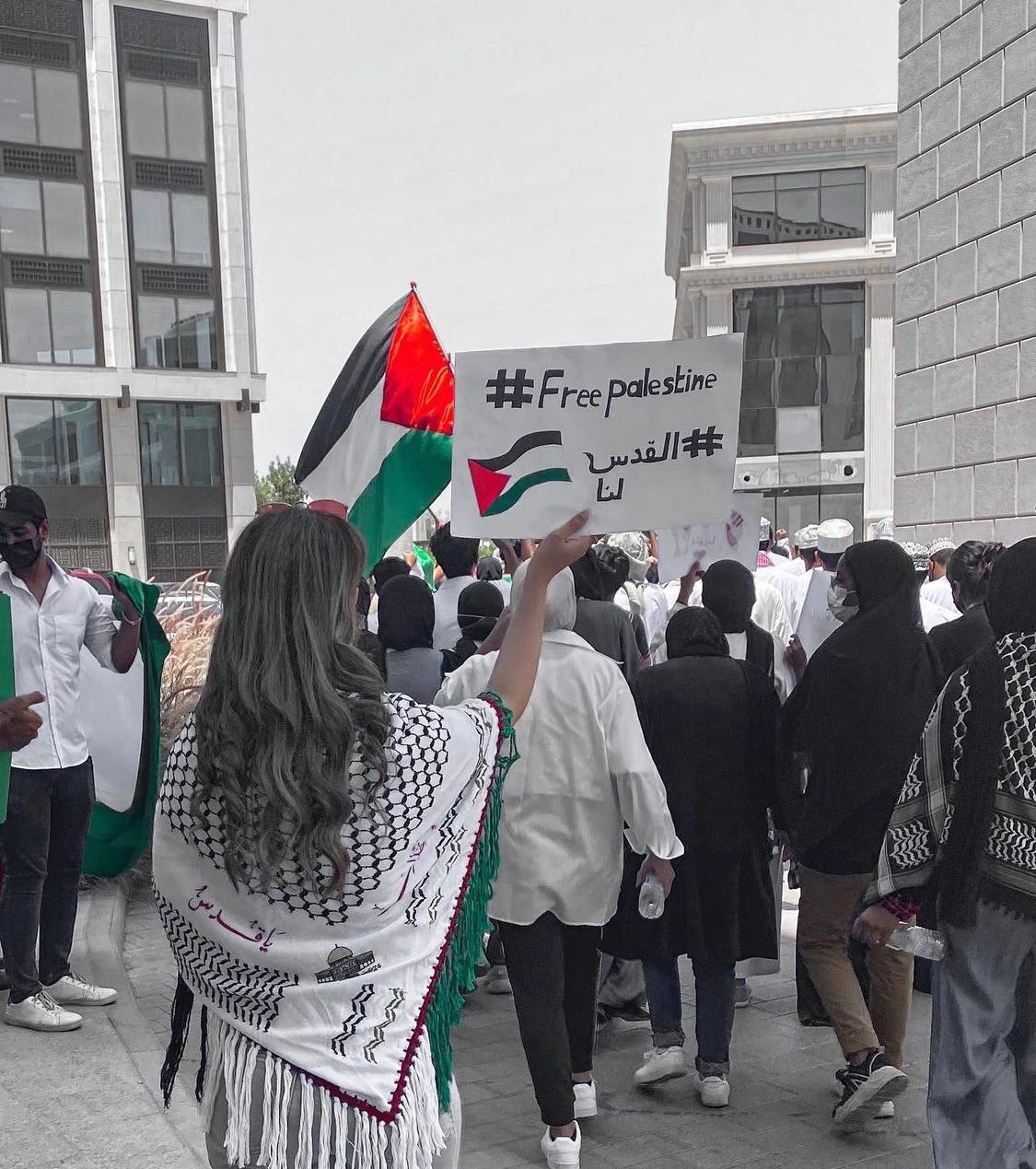 Social media videos of what’s happening at Sheikh Jarrah Neighborhood and hashtags of #GazaUnderAttack and #SaveSheikhJarrah went viral supporting Gaza and Palestinians. People around the world this time are fed up and are no-more to keep their silence!

Moreover, many International celebrities supported Palestine by posting on their instagram stories, posts as well as twitter and facebook pictures, videos and quotes about their disagreement with what’s happening in Palestine. 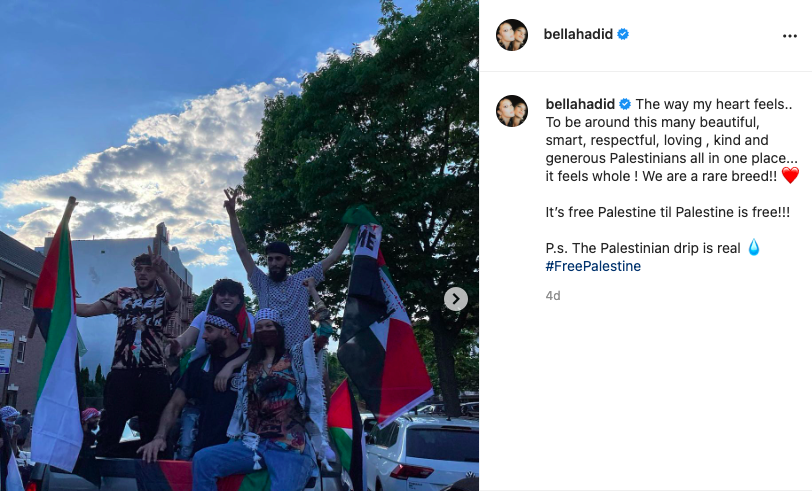 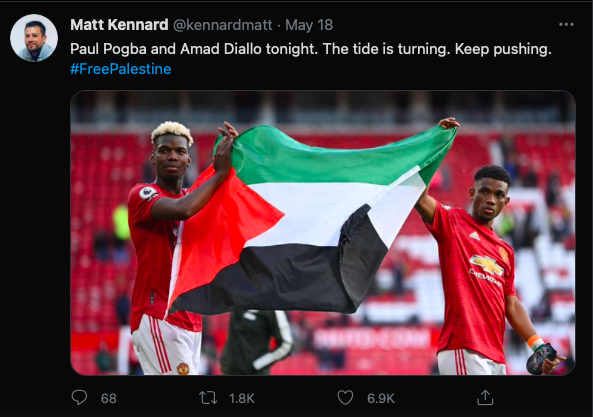 1- Dua Lipa, the British pop star singer used the trending Hashtag #SaveSheikhJarrah in her stories on her Instagram account, and wrote: “The world needs to intervene and put a stop to this.”

3- Ahmed Mekky, The Egyptian actor, wrote under English hash-tag #freepalestine "Jerusalem is the eternal capital of Palestine," praying to God to save the Palestinians from "brutal Zionist terrorism."

4-  Bella Hadid, the catwalk star, wrote on her instagram stories: “I feel the pain of my ancestors. I cry for them. I cry for my Palestinian brothers and sisters there now, feeling unsafe and scared.”

Not only this but she joined the protests in NY and posted pictures on her instagram account writing: “The way my heart feels.. To be around this many beautiful, smart, respectful, loving , kind and generous Palestinians all in one place... it feels whole ! We are a rare breed!! It’s free Palestine til Palestine is free!!! P.s. The Palestinian drip is real #FreePalestine.”

5- Youssra, The Egyptian Actress, posted a picture of Palestine map on her instagram account and wrote: “Palestine is a humanitarian issue of the first degree, may God protect its people from all injustice, Palestine is always in the heart.” using the trending Hashtag #GazaUnder Attack.

Those are a very small percentage of the celebrities around the world who are supporting the Palestine population and issue.

WHAT IS THE RIGHT HISTORY? 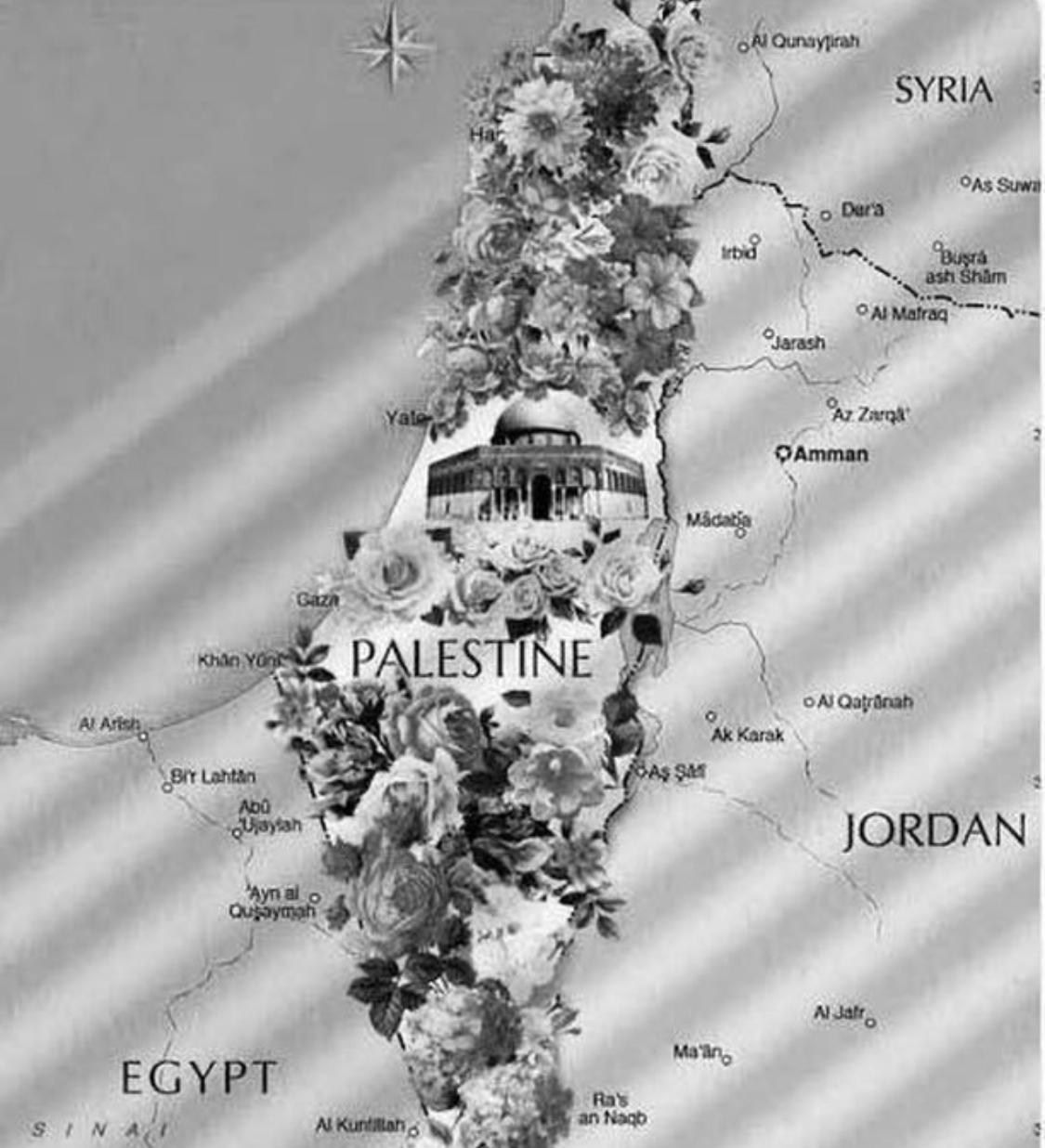 Palestine is one of the oldest countries in the world. It is the place where Judaism, Christianity and Islam were born and people lived fine on this land in the 1800s when it was ruled by the Ottoman Empire.

At that time Zionism started to appear and aspire Jews. 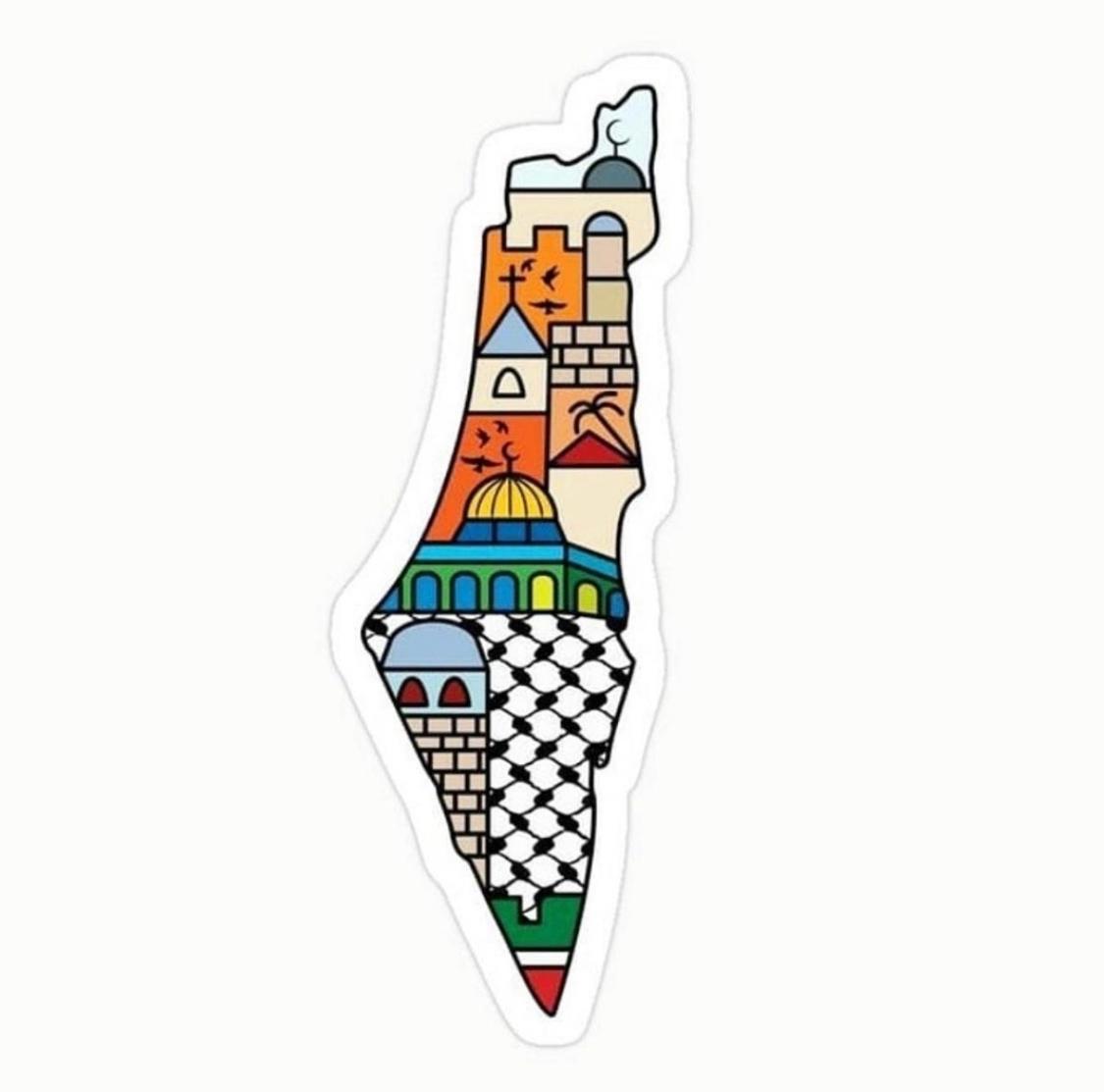 After World War One, Palestine was colonized by the United Kingdom but still the name of the land was Palestine.

However, a promise for a zionist state was made and more and more Jews arrived seeking refuge. Unfortunately, their plan to steal the land was clear at that time.

It has been years since the 1948 Palestine occupation with the same heart-breaking scenes everyday of Palestinians killed at the hands of the Israeli forces.

Thousands of Palestinians fled their homes to survive, they had no right to return, no right to fight and no right to live safely although the land was still and will always be called PALESTINE.

When Kids Are Back to School, It’s Time for Some L...

5 Colloquial Proverbs You Should Know Their Real M...

A Beginner’s Guide to Start a Small Business in 20...

When You Know How Beneficial Onions Are, You’ll Ne...

Great Tips on How to Make New Year’s Resolution fo...

You’ll Be Amazed When You Know How These 8 Countri...

Pro Tips on How to Buy and Style Your Leather Skir...

Everything You Need to Know about Santa and Christ...

5 Work Outfit Inspirations for 5 Days a...
In Case You Missed Them, Here's Your Gui...
4 Warm Soups for Cold Winter Days
How Did Women’s Fashion Transform During...
Now Is a Perfect Time to Get Your Home R...